Directly after the film, Miss Ronan participated in a conversation with The Hollywood Reporter’s own Scott Feinberg and a Savannah Film Festival audience Q&A session. Earlier in the evening, Feinberg led a panel discussion with documentary filmmakers who screened their films at the Savannah Film Festival’s exclusive Docs to Watch series. 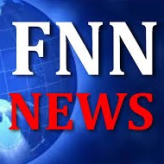